Having mostly-green plumage and living in the dense undergrowth, the Eastern Whipbird is seen far less often than it is heard. Its whip-crack call is a characteristic of many of the moist forests in eastern Australia. The unusual feature of this call is that it is often performed by two birds calling in unison, with one bird contributing the first part of the call and another giving the second part. This so-called ‘antiphonal’ calling involves great coordination between the two birds to give the call its familiar whip-crack sound.

Adult Eastern Whipbirds are mostly dark olive-green above, with a long tail, and a grey-white belly. The head and breast are black, with a broad white patch on the side of the face and a black crest. The eye is a reddish-brown and the bill is black. Young whip birds are generally duller, with a smaller crest. The white cheek patch is absent in very young birds and increases in size as the birds mature. The average size is 28cm and the average weight is 56 grams.

The Whipbirds’ long whip call, one of the most characteristic sounds of the Australian bush, is performed as a duet. The male makes the drawn-out whip crack and the female usually follows quickly with a sharp “choo-choo”. 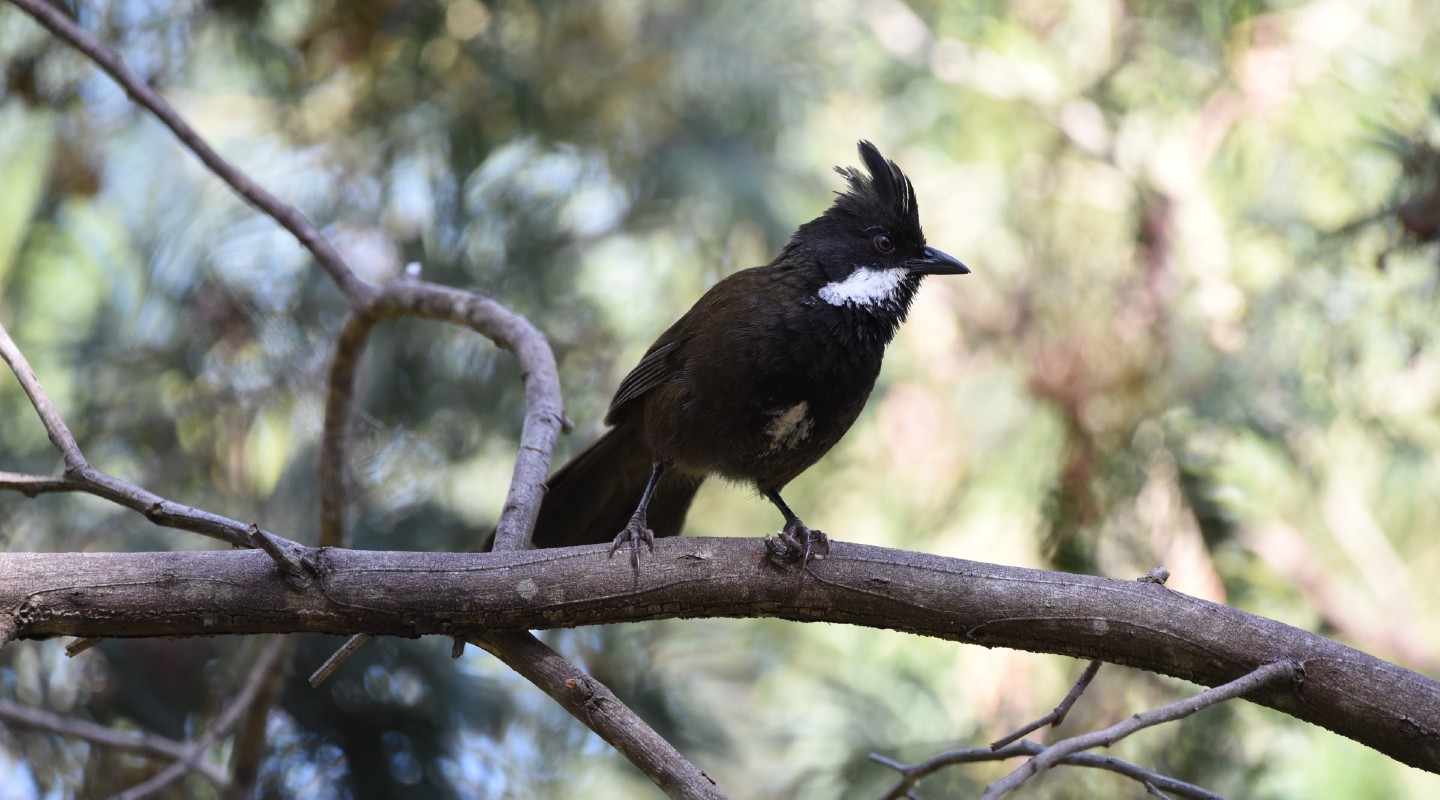 The range of the Eastern Whipbird is from northern Queensland to Victoria along the coastal band of eastern Australia.

Eastern Whipbirds live in wet habitats, including rainforest, eucalypt forest and dense scrub near watercourses, in dense vegetation near the ground.

The Eastern Whipbird birds is a sedentary bird and remains in the same area all year round. The birds are secretive, but can be curious, and will be seen if the observer remains patient.

The Eastern Whipbird feeds on insects and other small invertebrates, which are caught on the ground by the bill. Feeding takes place alone, in pairs, or in small family groups.

A breeding pair of Eastern Whipbirds occupies a territory, which is defended year-round, with the mates staying together for many years. The female makes a cup nest of sticks and bark, which is lined with finer grasses and placed in dense vegetation near the ground. The clutch size is 2-3 eggs and the female incubates the eggs for approximately 18 days. The nestling period is 12 days and the young birds are fed by both parents. Sometimes two broods are raised in a single season. Breeding season is from July to December.