The Mallee Emu-wren is a tiny bird with a long, filamentous tail. It’s Endangered due to recent bushfires.

The Mallee Emu-wren is a tiny bird, up to 15 centimeters long, including its long, filamentous tail, which is 1.5 times the length of its body. The male has a dull rufous cap, and a sky-blue face, throat and upper breast, forming a distinct bib. The upperparts are olive-brown with black streaks. The underparts, apart from the blue bib, are orange-buff, with a white belly. The female is similar but without a blue face and bib. 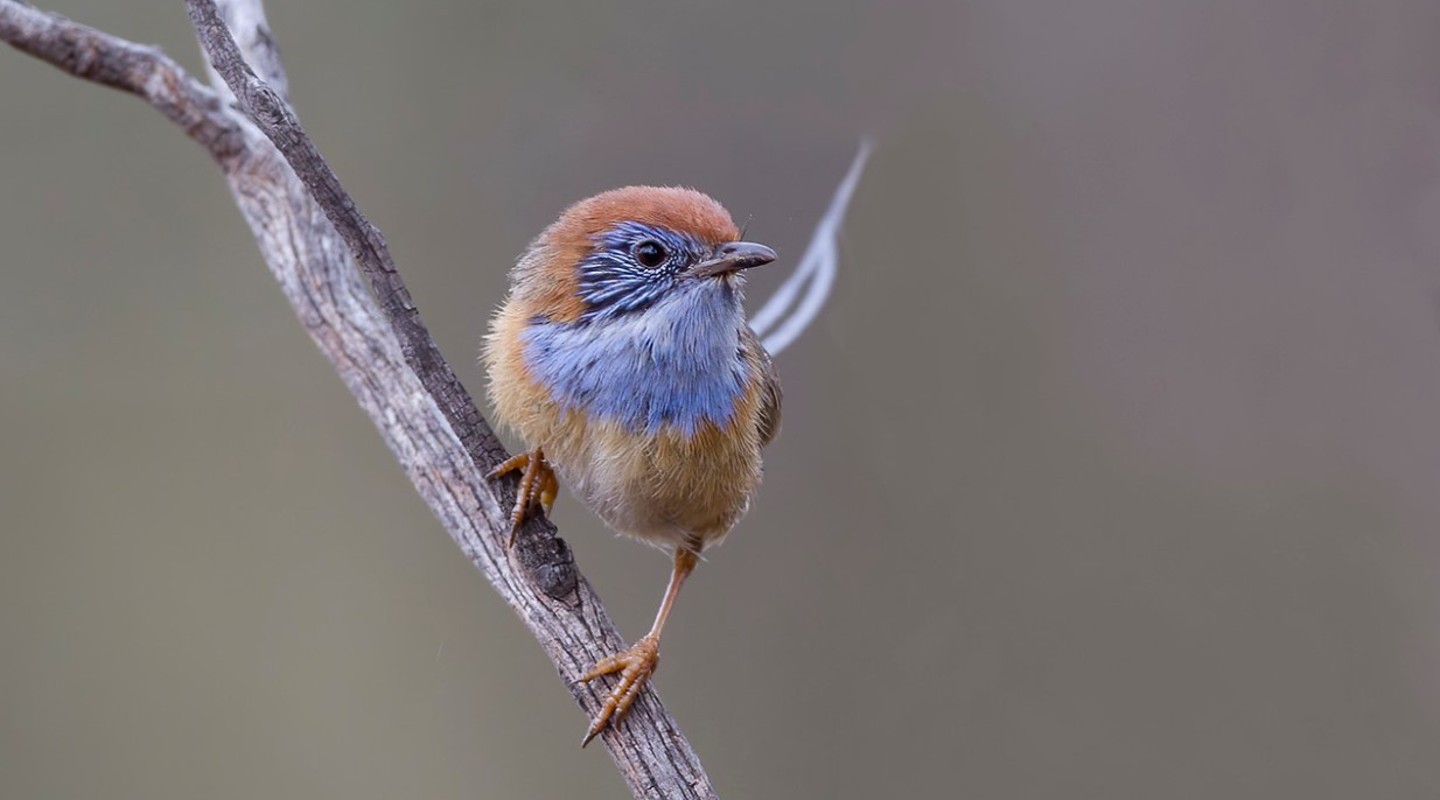 Until recently, the Mallee Emu-wren was confined to the Mallee, in north-western Victoria, and the Murray Mallee region of eastern South Australia. In Victoria, Mallee Emu-wrens occur in the Murray–Sunset, Hattah-Kulkyne and Wyperfeld National Parks. They became extinct in SA after bushfires in 2014, though some have been reintroduced there.

Mallee Emu-wrens occur in among dense stands of spinifex Triodia in mature mallee woodlands which have remained unburnt for at least 15 years. They have also been recorded in low, semi-arid, mallee–heathland.

Due to the dense nature of their habitat, little is known about the behaviour of the Mallee Emu-wren.

The Mallee Emu-wren mostly feeds in clumps of spinifex and low shrubs, where they pick small insects, mainly beetles, from stems and twigs, or from the leaf litter or open ground.

Mallee Emu-wrens usually lay three eggs in a domed nest made of grass, strips of bark and spinifex leaves, all woven together, and lined with soft material. Only the female incubates, but the young are fed by both sexes.