The Torresian Crow is common in the northern half of Australia, where it may interact with other species of crows and ravens, especially at sites of abundant food. They usually build their bulky stick nests in the tops of tall eucalypts, generally in the shade in the lower section of the crown, but many choose to build on artificial nest-sites instead, such as power poles, pylons or windmills — on the road to Mount Isa in western Queensland each power pole is decorated with its own nest.

The Torresian Crow is a large glossy black crow with short throat hackles (feathers). The feathers of the head and neck have white bases. The eye is white with a fine blue eye-ring. Immature birds are duller black with a brown eye. When landing, this species characteristically shuffles its wings. It will be seen outside breeding season in large flocks. It has also been called the Australian Crow. 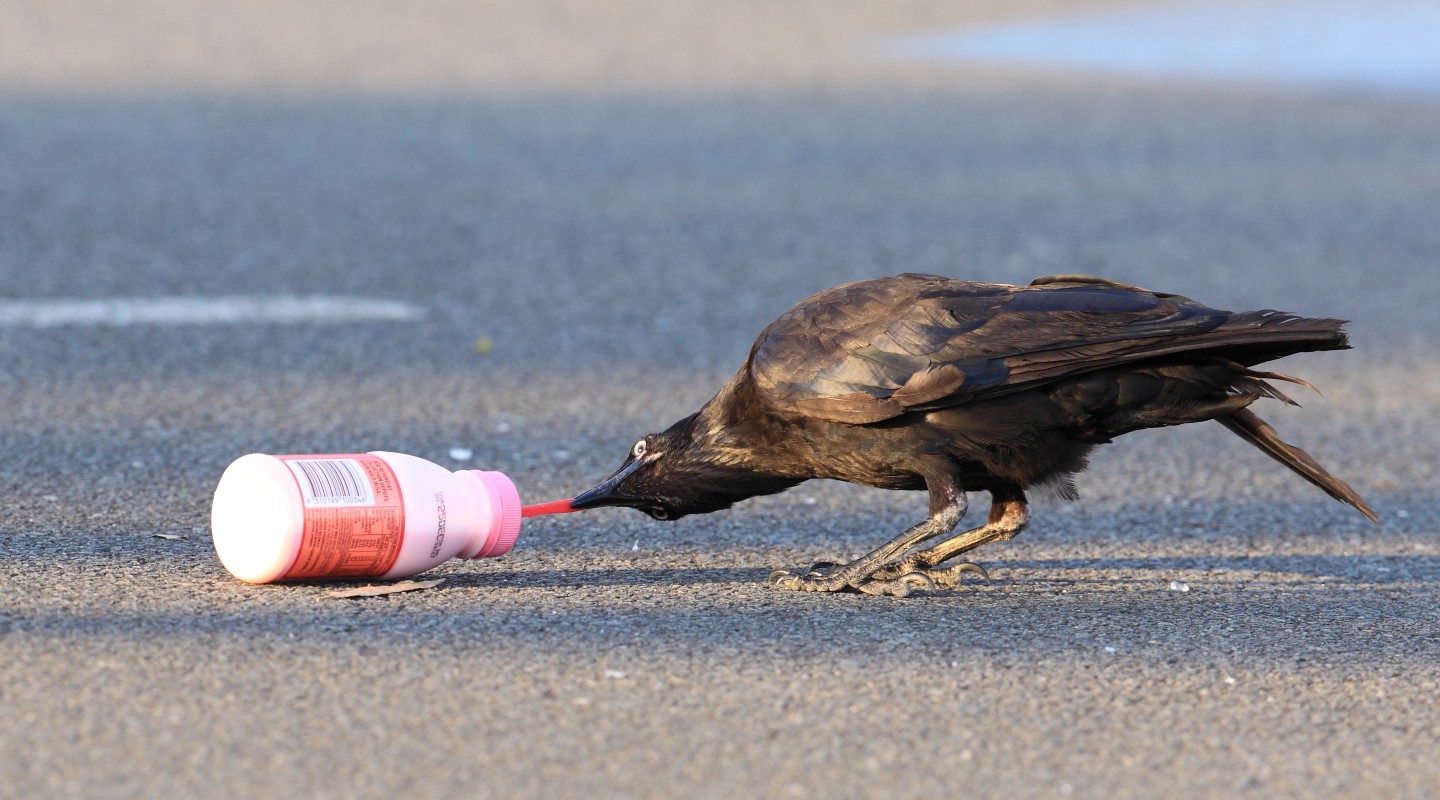 The Torresian Crow is found across northern Australia and in Western Australia, from Geraldton to Norseman. It is more common in coastal and tropical areas, being only patchily distributed inland. It is also found in Papua New Guinea, the Moluccas and New Britain. It is the most common corvid (crow or raven) of coastal towns from Forster, New South Wales to Brisbane, Queensland and also in Darwin, Northern Territory.

The Torresian Crow is found on rainforest fringes, in open forests and woodlands, taller scrublands, beaches and in dry areas, along watercourses with tall timber. It is also found around farms and in croplands. It requires tall trees for nesting.

The Torresian Crow often perches on the heads of crop plants or on tall artificial structures and shuffles its wings when landing at a perch. It’s call is a nasal, staccato caw: ‘uk-uk-uk-uk’, usually more than three notes. They also have harsher ‘arr-arr-arr’ aggressive call.

The Torresian Crow eats the most grain, compared with other corvids, but will also eat fruit, insects and other invertebrates, eggs, garbage and carrion (dead animals). Often seen feeding along the side of the road.

The Torresian Crow forms monogamous breeding pairs that maintain a permanent territory. Both sexes build the nest, which is a bowl of sticks lined with grass, placed high in a tree (over 10 m) or artificial structure. The Torresian Crow’s nest is made of finer material than the other corvid species’. Both parents share feeding duties.