The Peregrine Falcon is the fastest bird in the world. (In fact it is the fastest animal on the planet!), swooping down at speeds of up to 300 km/h. Going this fast has inherent dangers, as they occasionally collide with overhead wires, usually fatal at such speeds. Peregrine Falcons live in several of our major cities, nesting on ledges of skyscrapers. They can often be seen soaring above busy city streets, and their harsh chattering calls may be heard by passers by a hundred metres below.

Peregrine Falcons are large, powerfully built raptors (birds of prey), with a black hood, blue-black upperparts and creamy white chin, throat and underparts, which are finely barred from the breast to the tail. The long tapered wings have a straight trailing edge in flight and the tail is relatively short. The eye-ring is yellow, with the heavy bill also yellow, tipped black. Although widespread throughout the world, it is not a common species. 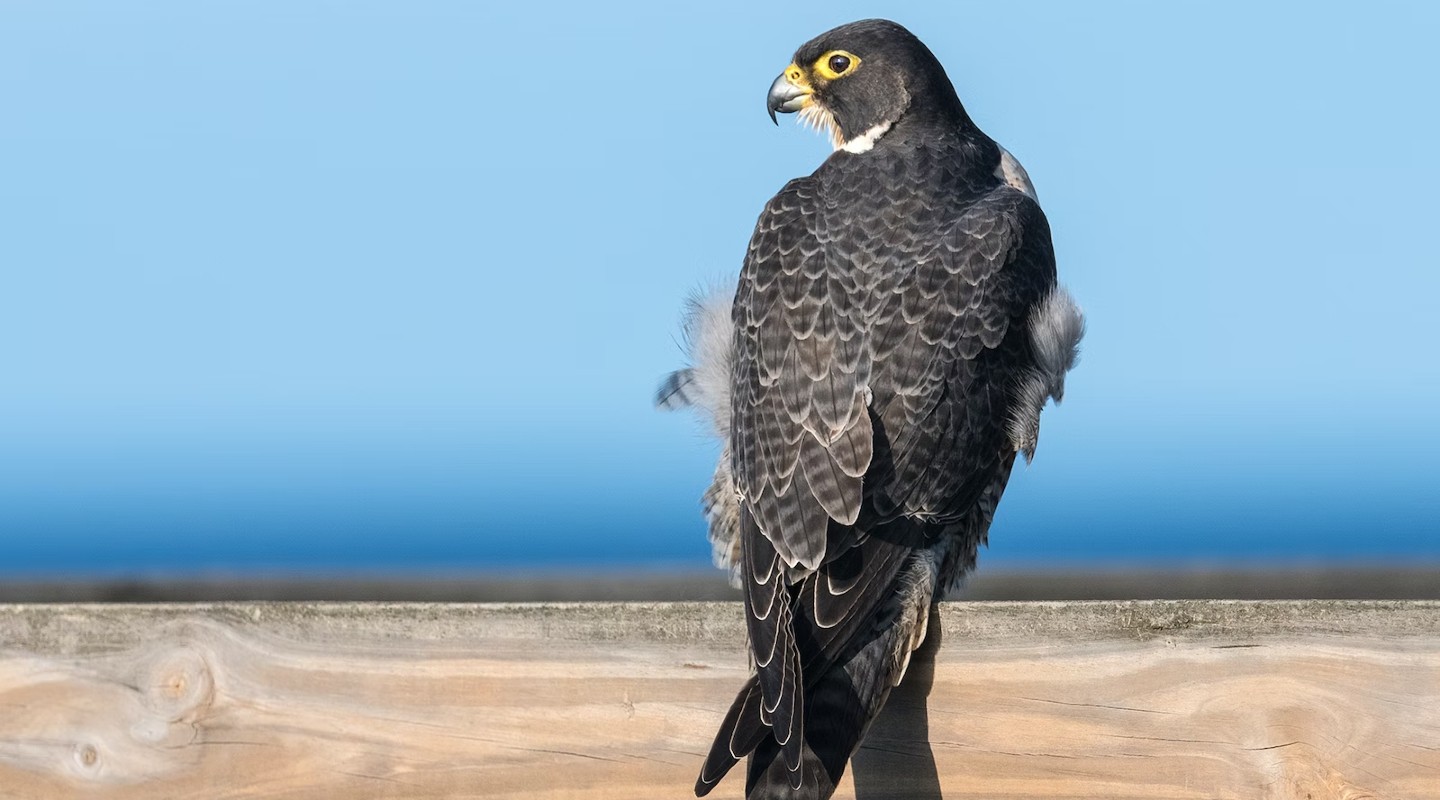 The Peregrine Falcon is found across Australia, but is not common anywhere. It is also found in Europe, Asia, Africa and the Americas.

The Peregrine Falcon is found in most habitats, from rainforests to the arid zone, and at most altitudes, from the coast to alpine areas. It requires abundant prey and secure nest sites, and prefers coastal and inland cliffs or open woodlands near water, and may even be found nesting on high city buildings.

Pairs of falcons  may hunt prey co-operatively, with one member, usually the male, scattering a flock of birds while the other swoops down to attack a particular individual. This co-operative behaviour is most often observed during the breeding season.

The Peregrine Falcon feeds on small and medium-sized birds, as well as rabbits and other day-active mammals. It swoops down on its prey from above, catching or stunning it with its powerfully hooked talons, before grasping and carrying it off to a perch to pluck and eat it. It will pursue flying birds, being able to fly at speeds of up to 300 km/h, and it soars to a great height in search of prey.

Peregrine Falcon pairs maintain a home range of about 20 km to 30 km square throughout the year. Rather than building a nest, it lays its eggs in recesses of cliff faces, tree hollows or in the large abandoned nests of other birds. The female incubates the eggs and is fed by the male on the nest. When the young have hatched, both parents hunt to provide food. Young Peregrine Falcons disperse widely, but often return to their original home area to breed when mature.